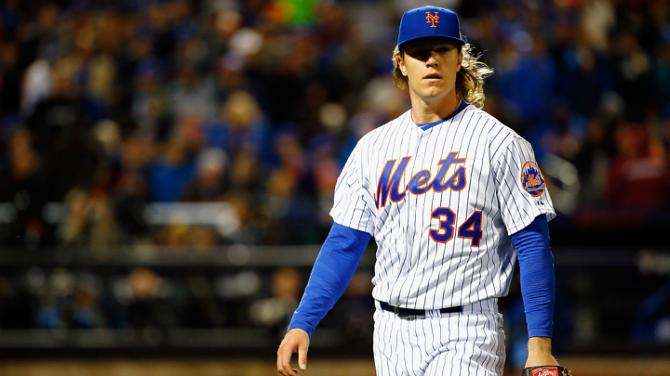 The Mets and Giants played extra innings on Saturday and still only combined for three runs. Will the under also cash on Sunday when these clubs play the rubber match of their series?

Noah Syndergaard yielded four earned runs over six innings Monday in a loss to the Cubs. Syndergaard issued three walks and gave up nine hits, including three doubles. He struck out six. The 25-year-old right-hander has looked a little more mediocre than we’re accustomed to since he returned from a strained ligament in his right index finger in July. He’ll bring a 3.51 ERA and 1.28 WHIP into his next start on the road against the Giants.

Chris Stratton threw eight scoreless innings in a 2-0 win over the Diamondbacks on Monday. Stratton scattered five hits, and he didn’t walk anyone while striking out six. While the right-hander did pitch well against the Mets in his last start, this still came out of nowhere, as he’s been mostly ineffective as a starter in 2018. Even with the excellent outing, his ERA sits at 4.99 on the year, and his K/BB ratio is 89/41 over 115 1/3 innings. It’s very difficult to recommend him as a starter even with these two quality performances. Stratton will likely start again Sunday against the Mets, but that hasn’t been confirmed yet.

The Mets have lost 10 of their last 15 games against the National League West.

The Giants have dropped eight of their last nine attempts in the third game of a series.

The Giants have little offense right now because they lost a ton of their starters to injury (Andrew McCutchen was also traded to the Yankees on Thursday). The under is now 6-0-1 in their last six home games and 3-0-1 in their last four home games versus a right-handed starter. On the other side, the under is 4-1 in Syndergaard’s last five starts versus the National League West. He should dominate this San Francisco offense.