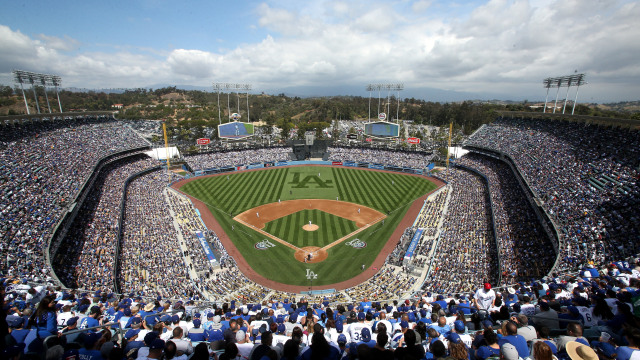 National League West rivals will meet in L.A. on Friday night when the Dodgers host the Diamondbacks at 10:10 p.m. ET. Will Game 2 of the series also be low-scoring like Game 1 was on Thursday?

Zack Greinke secured his 13th victory of the season on Sunday, limiting the Mariners to one unearned run on five hits over 6 2/3 innings. The right-hander whiffed six on the afternoon while issuing a pair of free passes. He has been a resounding success for fantasy owners this season, posting a 2.93 ERA, 1.05 WHIP and 171/34 K/BB ratio across 168 2/3 innings in his 27 starts.

Dodgers’ Ryu strikes out eight in win over Padres

Hyun-Jin Ryu racked up eight strikeouts over 5 2/3 innings of two-run baseball in Sunday’s victory over the Padres. It wasn’t all wine and roses for the left-hander, as he did allow 11 hits in the game and issued a walk, but was able to make big pitches when he needed to most and worked his way out of trouble. He’ll carry a sterling 2.38 ERA and 1.01 WHIP into tonight’s game.

The Diamondbacks are 7-1 in Greinke’s last eight road starts.