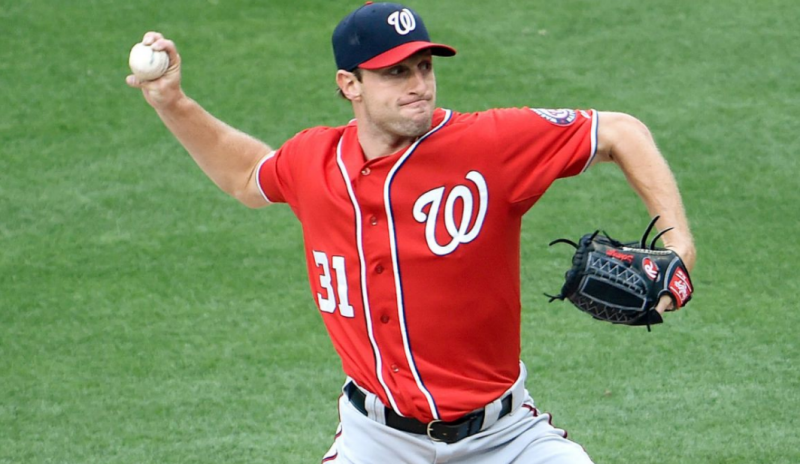 The St. Louis Cardinals lost a series for the first time in 11 tries over the weekend but will look to regroup on Monday afternoon when they visit the Washington Nationals. Will today’s game turn into a pitcher’s duel?

According to oddsmakers, the Nationals as a -172 favorite. As of this writing, 64% of the betting tickets wagered at online sportsbooks are on the Nationals to beat the Cardinals on the moneyline.

Jack Flaherty limited the Pirates to just four hits across seven innings of one-run ball in the Cardinals’ 5-2 victory Tuesday. The Pirates’ first three hits of the game came in the fifth inning and that was the frame when they managed to scratch across their lone run off of Flaherty. He allowed just one single otherwise, didn’t walk a batter and struck out five. Flaherty has been on some roll lately, boasting a 1.13 ERA, 0.72 WHIP and 38/9 K/BB ratio over 32 innings across five August starts. He will take on the Reds at home on Sunday.

Max Scherzer surrendered three runs in five innings Tuesday in a no-decision against the Phillies. Usual nemesis Odubel Herrera homered off Scherzer, as did Jorge Alfaro in the fifth. That makes 20 homers allowed on the season for the Cy Young contender. He’s given up 12 in his last 13 starts after allowing eight in his first 15

The Cardinals have won 10 of their last 11 games on the road.

The Nationals have won 20 of Scherzer’s last 28 home starts.

This should be a fantastic pitcher’s duel with the youngster Flaherty going up against the St. Louis native and Cy Young contender Scherzer. The under is 4-1 in Flaherty’s last five starts and is 5-2 in Scherzer’s last seven outings when he faces a team with a winning record.