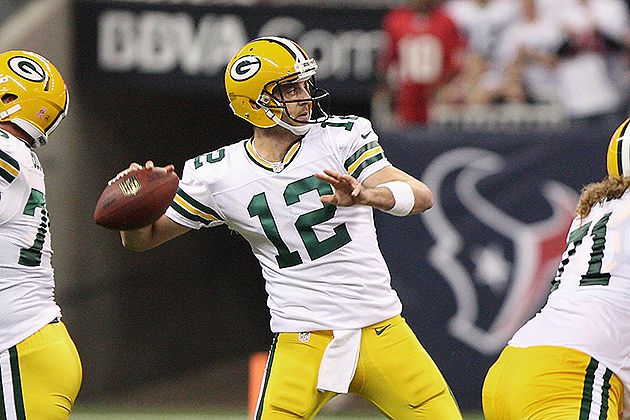 The Packers host the 49ers on Monday Night Football tonight. Will Green Bay cover as a sizable home favorite?

According to oddsmakers, the Packers are 9-point home favorites to beat the Niners. Green Bay opened as a 7.5-point favorite but the line was immediately bet up. As for the total, it hit the board at 46.5 but was bet down to 46. As of this writing, 65% of the betting tickets are on the Packers.

49ers coach Kyle Shanahan said Matt Breida (questionable, ankle) is a game-time decision for Monday night against the Packers. Breida got in a limited practice Saturday after sitting the last two days. It gives him a chance to play this week, but he’s on the wrong side of questionable. Alfred Morris is in line to start and get the bulk of the carries if Breida sits.

Packers RT Bryan Bulaga (knee) is questionable for Week 6 against the 49ers. Bulaga got in two limited practices this week. He looks on track to play, but his status isn’t a lock. The Packers also listed RG Justin McCray (shoulder) as questionable for Monday night.

The Packers are just 2-6 against the spread in their last eight games overall.

The 7.5-point spread that was released for this game was a tad low, which is why sharp bettors pounded the Packers at the opening number. There’s less value at the current number of 9, but Green Bay should still cover. The 49ers are simply too banged up and while the Pack are dealing with injuries as well, San Francisco’s concerns are more significant.