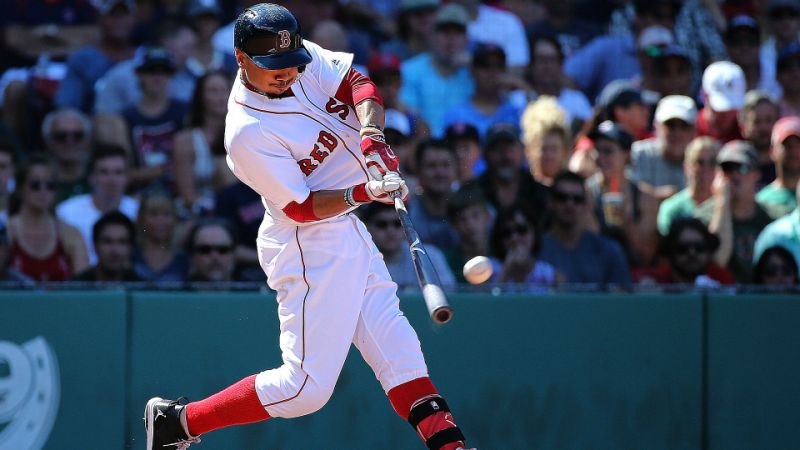 Who has the edge when the Cleveland Indians and Boston Red Sox open their series tonight at 7:10PM ET? Here’s our MLB Predictions for tonight’s game.

According to the latest oddsmakers, Cleveland is favored at home, as the Indians are getting odds of -125 to win. The Red Sox are listed with a money line of +115 to prevail, while the over/under total has been set at 9.5 runs. Boston has won two of three meetings this season.

The pitching matchup today has Eduardo Rodriguez (4-3, 3.97 ERA) on the mound for the Red Sox to face Mike Clevinger (6-5, 3.75) of the Indians. Rodriguez is coming off a poor outing against the Cardinals where he allowed four runs in 5.1 innings. He has given up at least three runs in seven of his last 10 starts. He has 102 strikeouts this season with 35 walks and a 1.26 WHIP. Clevinger is coming off a short 2.2-inning stint against the Twins where he only allowed two runs in 2.2 innings. Clevinger has 95 strikeouts with 44 walks and a 1.31 WHIP this season.

The Red Sox are coming off series wins over the Yankees and Cardinals at home. They have now won seven of their last 10 games. Boston is now 71-52 overall and 31-30 on the road. The Sox are putting up 4.84 runs per game while giving up 4.03 per contest. Boston is being led by Mookie Betts, who has 18 home runs, 35 doubles, 76 RBI and 17 stolen bases. Andrew Benintendi is adding 17 home runs and 68 RBI.

Cleveland also comes in strong, as the Indians are coming off 10 straight road games where they went 8-2. The Indians are now 68-54 overall and 31-27 at home. Cleveland is putting up 4.87 runs per game this season and allowing 3.80 per contest. The Indians are being led by Edwin Encarnacion, who has 28 home runs with 72 RBI. Francisco Lindor is adding 34 doubles with 20 home runs and 58 RBI.

This is a big matchup tonight as the Indians are still trying to catch up to Boston in the AL race for the second home-field spot in the playoffs. I feel good about Cleveland returning home after a long road trip against Boston, which has a struggling pitcher on the mound. Cleveland’s hitters are dialed in right now while Clevinger is capable of a strong outing on the mound.