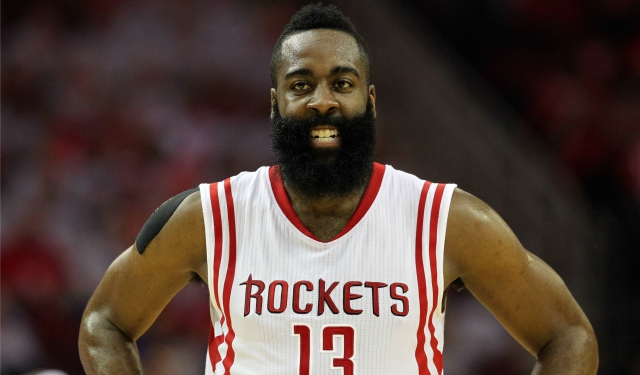 Game 7 of the Western Conference Finals will be played Monday night in Houston. Will the Golden State Warriors or Houston Rockets prevail?

The Rockets opened as a 5-point underdog but the Warriors are now -6 at the majority of online sports books. The total, meanwhile, sits at 208 points, down from 210. As of this writing, 58% of betting tickets wagered at online sports books are on Houston to cover the spread.

Chris Paul (hamstring) is questionable to play in Game 7 on Monday.

“He looks questionable,” said D’Antoni when asked about Paul’s status for Game 7. “I’m sure the team doctors will check him out tomorrow. We might not know until afternoon. We’ll play it by ear.” It sounds like CP3 could be headed for a game-time call, but the odds of him being able to get out there aren’t great. If Paul is forced to watch Game 7 from the sidelines, Eric Gordon will stick with the starters and there will be more minutes for Gerald Green.

Warriors’ McCaw likely out of rotation

Patrick McCaw (back) is unlikely to be in coach Steve Kerr’s rotation for Game 7 on Monday. McCaw played four minutes during garbage time in Game 6 but Kerr doesn’t anticipate using him in his typical rotation for a must-win elimination game. He said it’s “too early” in McCaw’s return from a serious injury to ask him to play critical minutes in a playoff game. There’s still a chance we’ll see more of him if Golden State advances to the Finals.

The favorite is 4-1 against the spread in the last five meetings between these two teams.

The home team has covered inf our of the last five meetings between these two teams.

I see this game falling under the total. The under is 4-0 in the last four meetings between these two teams and has cashed in seven of the last nine meetings in Houston. With Paul questionable to play (and limited in a best-case scenario), and the Warriors inconsistent with their shot this series, I see this being a defensive battle tonight.