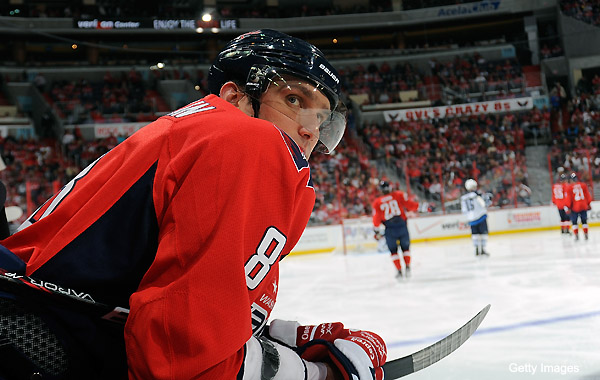 Will the Washington Capitals manage to even up their series with the Pittsburgh Penguins when the two meet up tonight at 7:30PM ET in Game 4? Here’s our NHL Predictions for Wednesday.

According to oddsmakers, the Capitals are favored on the road tonight, as they are getting odds of -125 to win. Pittsburgh is listed with a money line of +105, while the over/under total for the game is set at 5.5 goals.

The Capitals established a 2-0 lead in Game 3, as Nicklas Backstrom and Evgeny Kuznetsov scored the first two goals. However, the Caps nearly blew the lead as Evgeni Malkin and Justin Schultz scored in the final two minutes of play to force OT.

In the overtime, Kevin Shattenkirk got the game-winner just three minutes in to keep the Caps from falling behind 3-0 in the series. The loss was made even more difficult for the Penguins to swallow as Sidney Crosby suffered a concussion. Crosby will miss Game 4 tonight because of the injury.

The Capitals would have had no business losing Game 3. The Penguins rallied late in a sign that Washington may once again choke. Being able to bounce back in OT could give Washington some much-needed momentum. Combine that with Crosby missing the game, and it makes sense that the Caps are the favorite tonight.

I like Washington to even the series as Pittsburgh will be without their top star. That should cut down on the Pens’ scoring opportunities and allow the Capitals to dictate the pace of play.