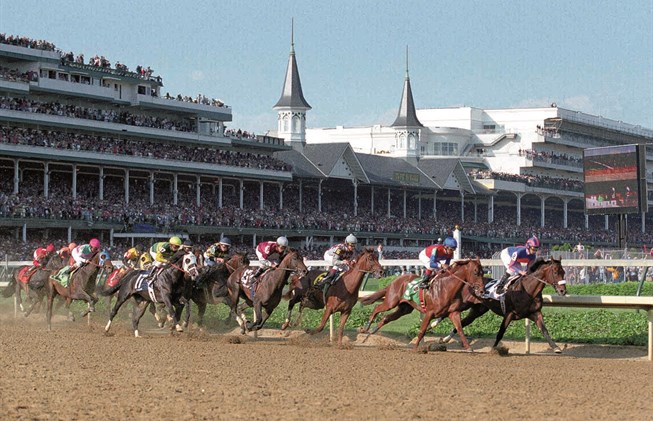 The 2017 Kentucky Derby runs on Saturday at Churchill Downs and Always Dreaming remains the clear favorite.

According to oddsmakers, Always Dreaming is a 3/1 favorite to win the 2017 Kentucky Derby. The 3-year-old son of Bodemeister was winless in his two starts as a juvenile during the summer of 2016. But he came back off a five-month layoff to break his maiden by 11 1/2 lengths at Tampa Bay Downs in January.

Then Always Dreaming started to flex his muscles. He romped as the 1-10 favorite in a Gulfstream Park allowance on March 4, setting him up for the Grade 1 Xpressbet.com Florida Derby. Sent off as the second betting choice at 2.70/1 odds, Always Dreaming won the Florida Derby impressively by five lengths.

Behind Always Dreaming in terms of the odds is McCraken, who is 4/1 to win the Kentucky Derby. He won his career debut in October 2016 at Churchill Downs. He returned four weeks later to win the Street Sense Stakes by 3 3/4 lengths.

Following that race, McCraken was tested in the 1 1/4-length triumph in the Grade 2 Kentucky Jockey Club Stakes in his final race at two. McCraken then made his 3-year-old debut at Tampa Bay Downs in the Sam F. Davis Stakes on February 11, took charge down the stretch, and won while setting a track and stakes record for 1 1/16 miles.