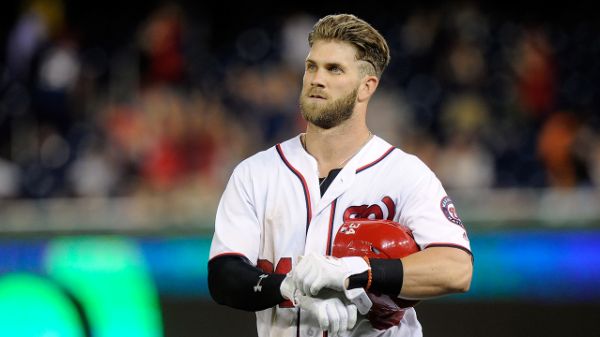 The Nationals and Phillies will play a doubleheader on Tuesday, with Game 1 slated for 3:05 p.m. ET. Will Game 1 turn into a high-scoring affair for bettors?

According to oddsmakers, the Phillies as a -138 favorite. As of this writing, 81% of the betting tickets wagered at online sportsbooks are on the Phillies to beat the Nationals on the moneyline.

Erick Fedde fanned seven but yielded four runs over five innings in Tuesday’s loss to the Cardinals. One really rough inning did him in, as the Cards pummeled Fedde for four runs on four hits and a walk in the second. In his other four innings he allowed just one walk and that’s it. Fedde figures to get more starts this month with the Nationals turning the page to 2019, but he can’t be trusted in fantasy leagues.

Jake Arrieta allowed four runs over 7 1/3 innings and struck out 11 against the Marlins on Tuesday. Arrieta was given a big early lead in this one, which seemed to cause him to pound the strike zone and try to go deep. He ended up throwing a season-high 77 strikes among his 108 pitches. The 11 strikeouts were also a season high. The win was his first since July 31.

The Nationals are 1-4 in Fedde’s last five starts and 2-5 in their last seven games when opening a double-header.

The Phillies are 4-1 in Arrieta’s last five home starts but are 1-7 in their last eight games versus a right-handed starter.