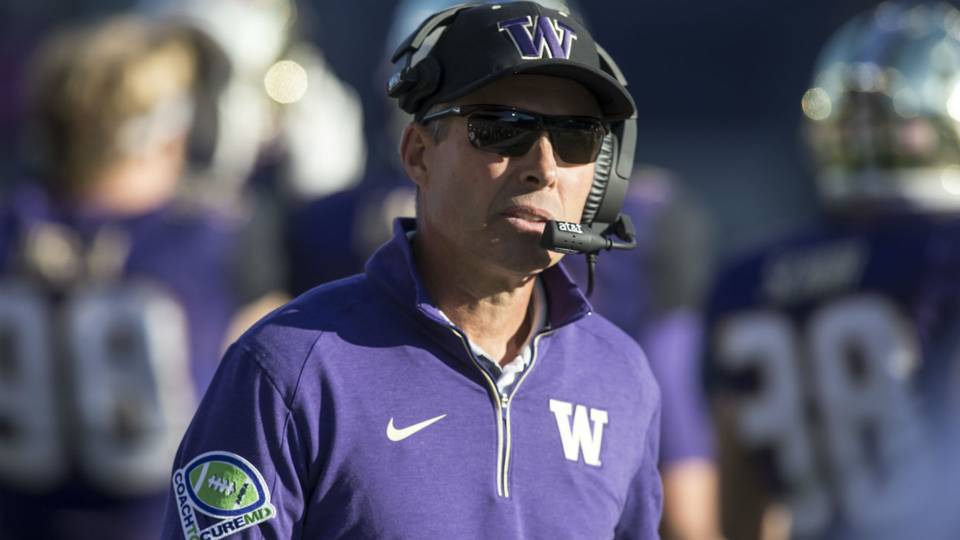 With wind gusts expected to be in the 15-20 mph range, will Washington and Utah play under the betting total tonight?

Jake Browning completed 23-of-37 passes for 317 yards with two touchdowns and two interceptions in a 45-3 rout of North Dakota on Saturday. It wasn’t Browning’s best game — not even close — but he did more than enough to keep the Huskies from being upset against the Fighting Hawks. His first score was a step up in the pocket to find Ty Jones from four-yards out, and he added a one-yard score to Cade Otton on a play-action pass near the goal line. He also made a couple of silly throws, including the two picks. Still, the numbers are solid, and Browning — for the most part — has looked okay in 2018. They need him to play better next Saturday against Utah.

Draft Analyst’s Tony Pauline passes along that there are some scouts who view Utah junior RB Zack Moss as a second-round prospect. Pauline doesn’t go quite that far with his grade, assigning him a Round 3 evaluation, but the analyst is quite high on Moss in his own right. Notes the analyst of the 5-foot-10, 215-pounder, “He’s a nice-sized ball carrier with tremendous quickness, the ability to create yardage and enough strength to break tackles. He’s a terrific open-field runner who can also pick his way on the inside for critical yardage.” We’re likewise big fans of Moss around these parts. If you’ve yet to check him out, Utah will be hosting Washington on Saturday night, in what’s their biggest game of the season. That will be an interesting one from an evaluating perspective, as this will be the best defense that Moss faces all season.

The under is 4-0 in the Huskies’ last four games played in the month of September and 6-2-1 in their last nine road games. The under is also 4-1 in the Utes’ last five games following a straight up win. As previously mentioned, wind will be a factor in this game tonight and more so than rain or any other weather element, wind can impact totals. I like the under.