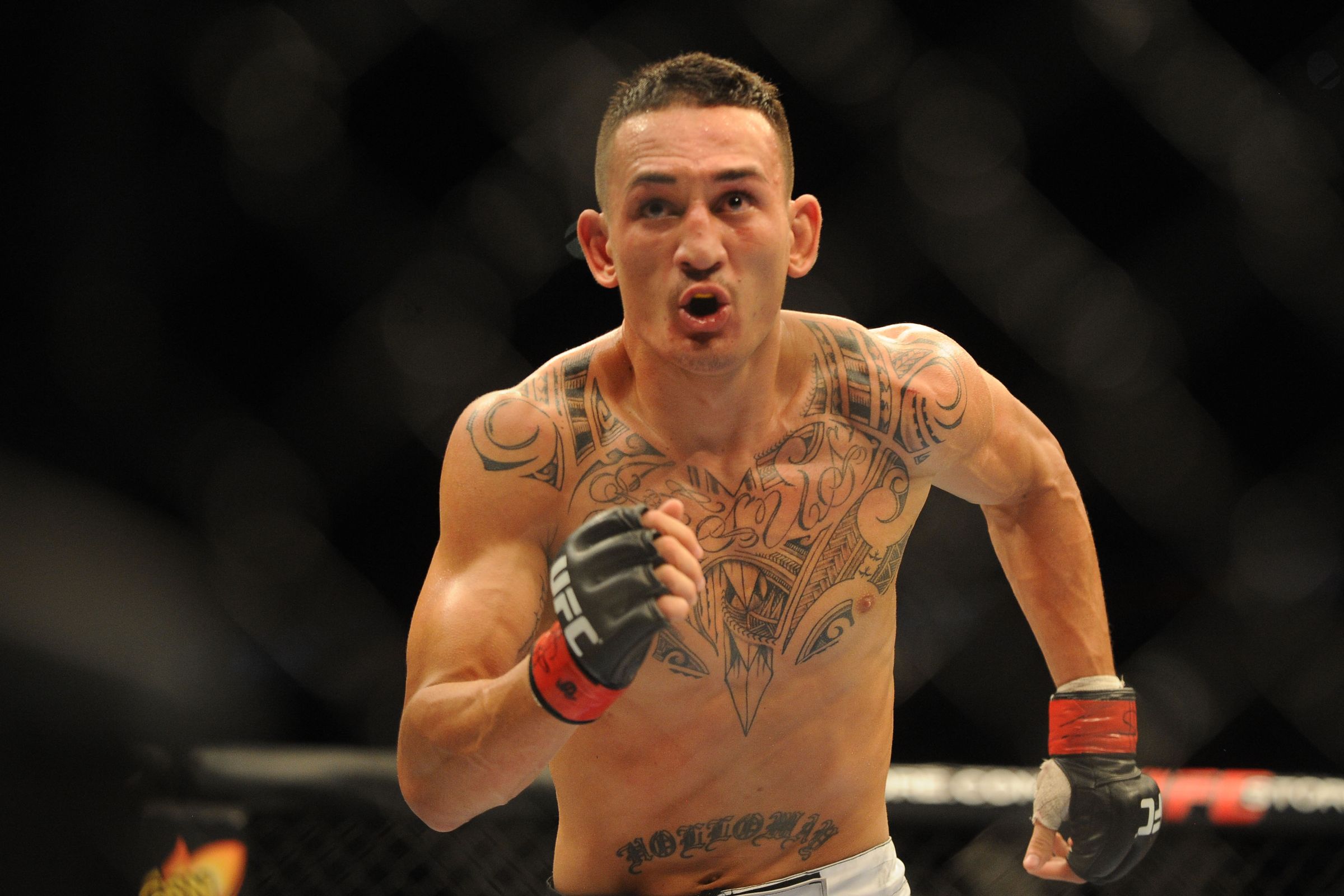 Will Max Holloway be able to defend his UFC Featherweight Championship from the man he earned it from, Jose Aldo, when the two meet at UFC 218 tonight? Here’s our UFC Predictions for this bout.

According to the latest oddsmakers, Holloway is favored to win this bout, as he is listed with odds of -305 to prevail, while Aldo is listed with a money line of +235 to win. These two will meet in the main event of UFC 218 tonight from Little Caesars Arena in Detroit, Michigan. The main card airs live on PPV starting at 10PM ET.

Holloway claimed the 145-pound championship in June by defeating Aldo via third round TKO. Holloway is now 18-3 overall in his MMA career, winning his last 11 fights. A long fighter, Holloway has great striking with his lengthy reach and kicking ability. However, he is a beast in grappling as well. Holloway has truly developed into an all-around fighter and isn’t shy about being aggressive.

Aldo is 26-3 coming into this fight and he was the former longtime UFC champion. He lost the title to Conor McGregor back in December of 2015, but was able to regain it against Frankie Edgar in July of 2016. The loss to Holloway was his second in his last three fights after going many years without a loss. Aldo is a tremendous striker, with explosive kicks. However his cardio has always been in question and he struggled to make weight for this bout.

Aldo took this fight on relatively short notice and struggled with the weight cut. Both of those things are bad signs for this bout. Especially against a fighter like Holloway, who continues to improve with each fight. Aldo’s best chance to win this fight is early with his striking, but Holloway hasn’t been knocked out in his MMA career. Once Aldo’s cardio goes, Holloway is going to be able to pounce and finish him like he did the first time.