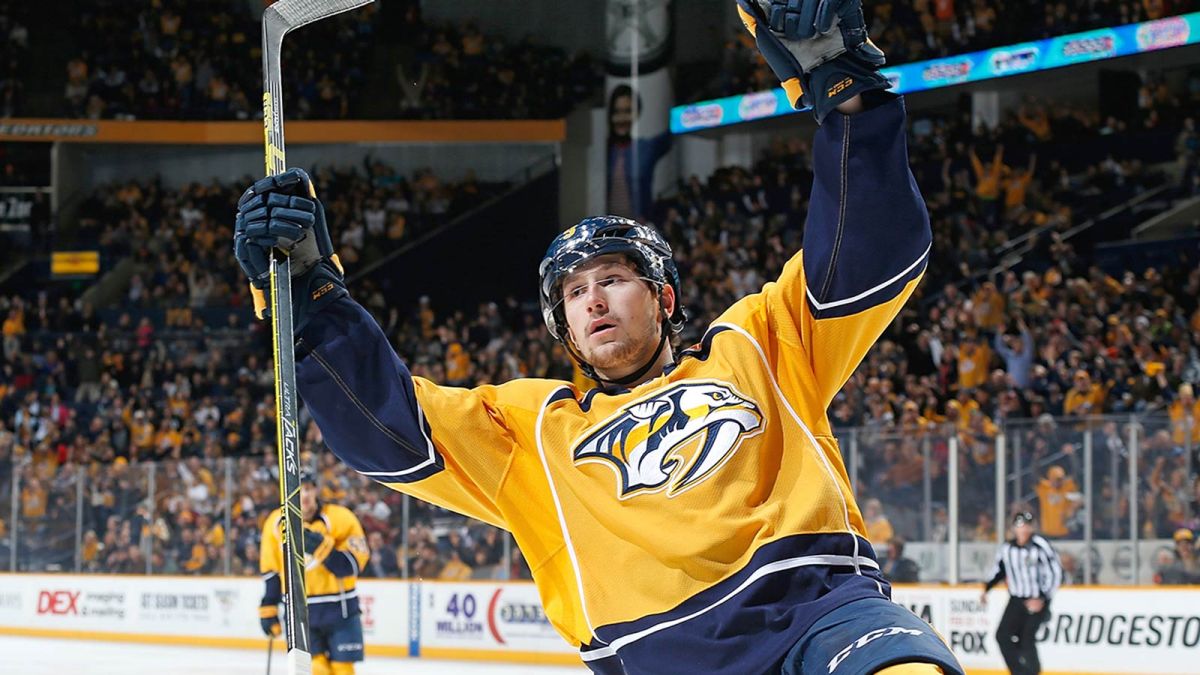 Can the San Jose Sharks pick up a win at home when they welcome the Nashville Predators to town tonight at 10:30PM ET? Here’s our NHL Predictions for tonight’s game.

According to oddsmakers at Bovada.lv, the Sharks are favored at home, as they are getting odds of -135 to win, while the Predators are listed with a money line of +125 to prevail. The over/under total for the contest has been set at 5.5 goals. Tonight’s game takes place from the SAP Center in San Jose, California and will air live on NBCSN.

Nashville is coming off a 6-2 loss at home to the Islanders on Saturday night, their third loss in four games. The Predators are 5-4-2 on the season and 2-3-1 on the road. Nashville is putting up just 2.45 goals per game while allowing 2.73 goals per contest. Filip Forsberg is leading the team with eight goals and five assists while P.K. Subban has one goal and eight assists. Pekka Rinne is 5-1-2 in net with a 1.86 GAA and a .940 save percentage.

San Jose has won two straight, including a 3-2 win at home over the Maple Leafs on Monday night. The Sharks are now 6-5 on the season and 3-3 at home. San Jose is putting up 2.73 goals per game this season while allowing 2.55 per contest. Logan Couture is putting up eight goals and four assists to lead the Sharks while Joe Thornton has two goals and six assists. Martin Jones has a 5-3 record in net with a 2.27 GAA and a .925 save percentage.

Nashville has won its last two meetings with the Sharks, but the home team has dominated this series, winning nine of the last 10 meetings. The Predators are also just 8-24 in their last 32 trips to San Jose. Nashville hasn’t proven it has the offense to win consistently, especially on the road. I expect the home team to continue winning in this series. The public betting for this game is slightly with the Sharks and I agree.