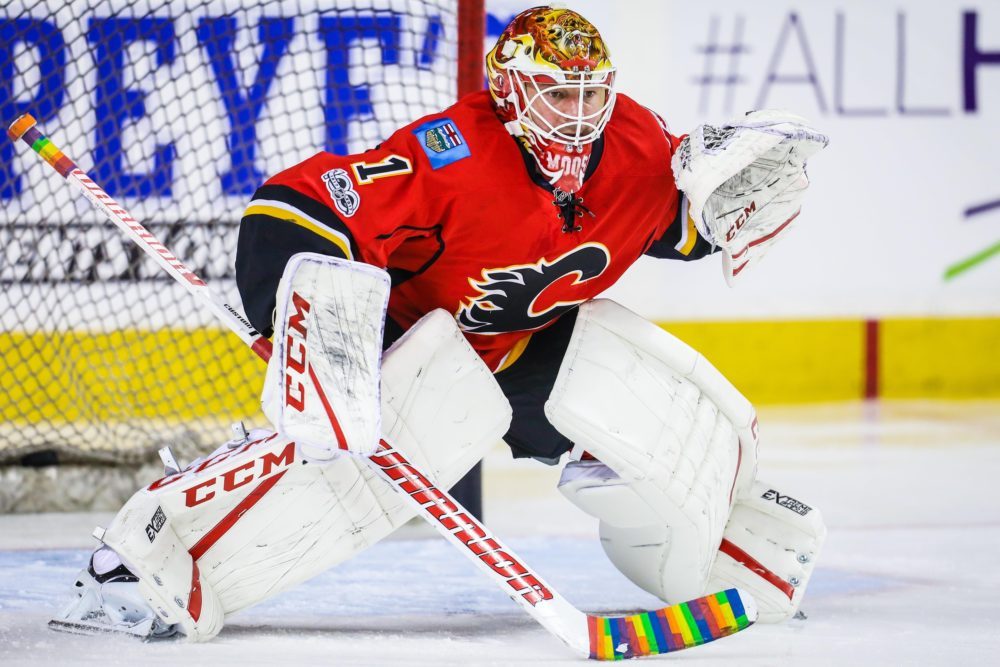 It’s Friday the 13th this week and the last time the Calgary Flames won in Anaheim the goalie masks looked like the one the serial killer would wear. So maybe it hasn’t been that long, but their is something haunting about Calgary’s 29 game regular season losing streak at Anaheim. Luck is not in the air when the Flames visit the Ducks – where they haven’t won in 13 years. NHL predictions Flames Ducks: does the streak continue?

NHL predictions Flames Ducks for Monday night could actually be the best opportunity for Calgary to get the road win in the land of Disney. Oddsmakers have made the Ducks just -119 favorites, a number that has dropped from the -131 open. Anaheim’s roster looks like it’s been through a slasher flick as they are the walking wounded. The total is listed at 5.5.

The Flames notched their first win of the year Saturday night, a 6-3 win over the Jets. It was an impressive victory because Winnipeg actually held a 3-1 lead in the first before Calgary churned out 5 straight goals. It put the Flames record to 1-1. In their season opener they were single handedly beaten by Edmonton’s Connor McDavid, whose hat trick fueled a 3-0 Oilers win. New goaltender Mike Smith has been a welcoming site in net. In game one he stopped 42 of 44 shots and he was aided by his defenders last game as they allowed only 28 SOG by Edmonton.

The Ducks were the third best team at home in the NHL last season but they’re already 1-1 at the Honda Center this year. The early schedule is in their favor however with 6 of 7 games to start the year being held at home. Unfortunately it’s their injury list that could put them behind the 8-ball to start the year. Star Center Ryan Kelser was already out until December with a hip injury but he’ll have company on the DL. In Saturday’s OT loss to the Flyers, Anaheim was missing six regular players. For Monday night’s matchup Ryan Getzlaf, Nick Ritchie, Corey Perry, and Patrick Eaves are all questionable.

Anaheim is a walking emergency room and Calgary’s goaltending situation has improved but how do the Flames overcome the stigma of a 29-game regular season road losing streak at the Honda Center? The line is very favorable to Anaheim mostly just due to all those injuries. The public is virtually split at 51/49 Calgary but you can’t take anybody but the home team in this one.