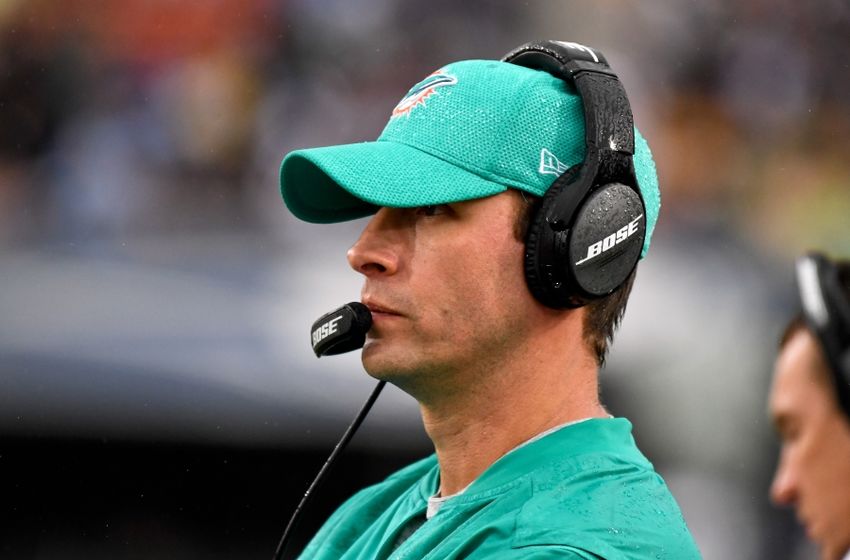 Will the Oakland Raiders be able to go on the road and cover as a favorite when they go on the road to face the Miami Dolphins tonight at 8:30PM ET? Here’s our NFL Predictions for tonight’s game.

According to oddsmakers at Bovada.lv, Oakland is favored on the road, as the Raiders are getting odds of -3 points against the Dolphins. The over/under total for the contest has been set at 44.5 points. Miami has won five straight meetings with the Raiders and the Dolphins have covered in four straight encounters. The public betting in this one has Oakland getting 67 percent of the wagers on the road. Tonight’s game takes place from Hard Rock Stadium in Miami, Florida. The contest will air live on NBC.

Miami is coming off a 40-0 loss to the Ravens a week ago Thursday in an embarrassing effort. The Dolphins fell to 4-3 on the season with the loss and 3-3-1 against the spread. The Dolphins have one of the least productive offenses in the NFL. Miami averages just 13.1 points and 270.6 yards per game. The team sent leading rusher Jay Ajayi to the Eagles this week. Ajayi accounted for 465 of the team’s 535 rushing yards.

Kenyan Drake and Damien Williams are expected to take over in the backfield starting tonight. Quarterback Jay Cutler has missed recent action with a rib injury, but will be back under center tonight. He has thrown for 995 yards and seven touchdowns to go with five interceptions. Cutler will have a top receiver back tonight, as DeVante Parker is returning from an ankle injury. Defensively, Miami is allowing 21.7 points and 319.3 yards per game. Cameron Wake is leading the defense with six sacks.

Oakland is coming off a 34-14 loss at Buffalo last week for their fifth loss in six games. The Raiders are now 3-5 on the year and 3-5 against the spread. The Raiders have covered the spread in all three wins. Oakland hasn’t been great on offense this season, averaging just 21.1 points and 327.9 yards per game. Derek Carr has thrown for 1,654 yards and 12 touchdowns this year and has six interceptions.

Michael Crabtree is the leading receiver with 33 catches for 411 yards and six touchdowns. Marshawn Lynch is the leading rusher with 266 yards, but he was suspended for the last game due to pushing an official. Defensively, Oakland is giving up 23.8 points and 365.8 yards per game. Khalil Mack is leading that unit with 42 tackles and 4.5 sacks.

Miami isn’t a team I expect much from, as their offense was a mess prior to trading away their leading rusher. Oakland has also been an inconsistent team this season and the Raiders made the long trip to Miami for today’s game. Oakland is 1-5 against the spread in their last six road games and 1-4 ATS in its last five conference games. I don’t feel great about the Dolphins, but they are at home and getting points against a losing team. Miami has found a way to win games this year. I am taking my chances on it happening again.