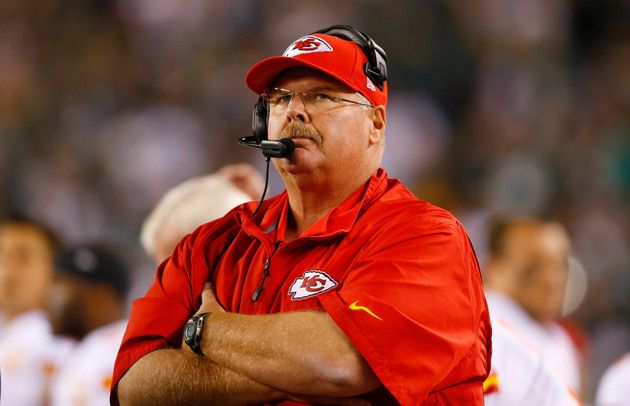 Will the Titans pull off the upset Saturday when they visit the Chiefs at Arrowhead Stadium? The two teams will meet at 4:35 p.m. ET in the NFL Wild Card Round.

According to oddsmakers, the Chiefs are 9-point home favorites for Saturday. The Titans opened as 7-point underdogs before the line climbed a full two points. The total, meanwhile, sits at 44.5 points after hitting the board at that same number.

Running back DeMarco Murray will not play Saturday due to a knee injury. Quinton Spain is questionable with a back injury while DaQuan Jones is out for the year after tearing his biceps.

A couple of Kansas City players are listed as questionable, including Jarvis Jenkins (knee) and Albert Wilson (hamstring). Bennie Logan (knee) is probable.

I feel confident that the Chiefs will move on to the Divisional Round but not to cover. The Chiefs own the league’s worst run defense by DOVA, which could mean a big game for Derrick Henry. Only the Lions and Bills allowed teams to run for first downs more frequently than the Chiefs (25.3) according to ESPN.com.

Tennessee, meanwhile, is fourth overall in yards per game and yards per carry allowed, so the Titans stack up okay against the Chiefs’ running game. Kareem Hunt, Tyreek Hill and Travis Kelece will still be a major challenge for the Tennessee defense but I see a low-scoring game throughout and thus, I’ll take the dog. I think this is simply too many points.