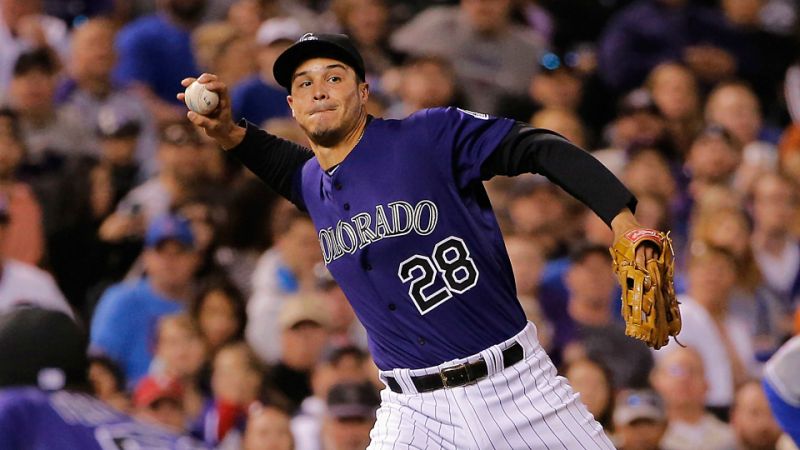 Will the Colorado Rockies be able to win the rubber match with the Detroit Tigers when the two close out their series today at 3:10PM ET? Here’s our MLB Predictions for this game.

According to the latest oddsmakers, the Rockies are the favorite at home, as they are getting odds of -120 to win. The Tigers are listed with a money line of +100 to win, while the over/under total has been set at 12 runs.

The pitching matchup today has Chad Bettis (0-1, 3.79 ERA) on the mound for the Rockies to face Justin Verlander (9-8, 3.90) of the Tigers. Verlander has been able to get deep into most of his starts lately. His last two outings has seen him give up three runs over 15 innings. He has 167 strikeouts with 66 walks this season and a 1.30 WHIP. Bettis has start three games this season, allowing eight runs over 19 innings with 11 strikeouts and three walks. His WHIP is 1.21.

These two teams have split their first two games of the series. The Tigers earned a 4-3 win on Monday night and Colorado answered with a 7-3 win on Tuesday. The Rockies are now 72-60 overall and 39-26 at home while the Tigers are 57-74 overall and 26-42 on the road.

On Tuesday, Michael Fulmer struggled on the mound, allowing five runs in 6.1 innings of work. He fell to 10-12 on the season. German Marquez also pitched 6.1 innings, allowing three runs with 10 strikeouts for Colorado. Nolan Arenado hit his 30th home run and drove in three runs to lead Colorado. Arenado now has 111 RBI this season. Gerardo Parra drove in two runs in this game as well. Detroit was led by Mikie Mahtook, who had two hits and two RBI.

Even with Verlander on the mound, the Tigers should be outclassed by the Rockies today. Verlander hasn’t been a completely shutdown pitcher for the most part this year. He may get deep into the game, but will still allow a few runs or more. Bettis should be able to match what JV does against a struggling and weakened Tigers’ lineup. When Verlander hands the ball to his bullpen, things should fall apart.