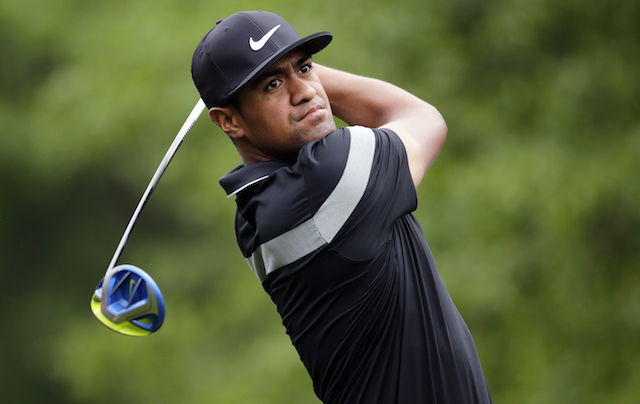 The Shriners Hospitals for Children Open tees off first-round action on Thursday morning. Here are our Golf Predictions for this weekend’s tournament.

According to the latest oddsmakers, Tony Finau, and Webb Simpson are co-favorites with 16/1 odds. Patrick Cantlay is listed with 20/1 odds. The Shriners Hospitals for Children Open takes place Thursday-Sunday from TPC Summerlin in Las Vegas, Nevada.

Tony Finau is 41st in the world rankings thanks to an 11th-place finish last week. Finau has now finished 11th or better in four of his last five tournaments, including a runner-up finish at the Safeway Open. He is winless this year, but has nine top-10 finishes. I think his hot streak should lead him to a strong run at the championship this weekend.

Patrick Cantlay is 67th in the world rankings coming into the weekend, which isn’t ideal. However, he has four top-10 finishes in the 13 events he has played in this year. Cantlay also has placed in the top 20 in five straight tournaments. He has yet to miss a cut this year either. Given the weak field this is, Cantlay is a safe play given his consistency. Look for him to contend for the title.

Charley Hoffman has 25/1 odds to win this weekend. I think he has a lot of value. Hoffman comes into this tournament having made the cut in 16 straight events. That includes a runner-up finish and two third-place finishes. Hoffman has been steady and climbed up to 24th in the world rankings. With the field not full of top names, I expect Hoffman to make a run at the title this weekend. He has the game to win, he just needs to sink a few putts on the weekend.