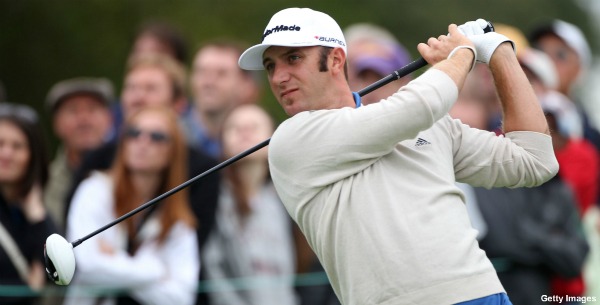 The 2018 AT&T Pebble Beach Pro-Am will tee off on Thursday morning out West. Here’s our Golf Predictions for this tournament.

According to the latest oddsmakers at YouWager, Dustin Johnson is the favorite this week, as he has 11/2 odds. Other short odds to win are Jon Rahm (10/1), Rory McIlroy (10/1) and Jason Day (10/1). The AT&T Pebble Beach Pro-Am takes place Thursday-Sunday from Pebble Beach in Pebble Beach, California.

Dustin Johnson could use a strong showing this weekend to keep the surging Jon Rahm behind him for the top spot in the world rankings. Johnson is a two-time winner of this tournament already and finished second in 2014. Pebble Beach is a course that suits DJ very well. He also comes into the weekend playing quite well. He has finished in the top 10 in his first two events of the year, including a win in the Sentry Tournament of Champions.

Jordan Spieth didn’t play well last week, missing the cut at the Phoenix Open, but that is okay for this weekend. Spieth has 11/1 odds to win this tournament and I think there is great value there. Spieth is the defending champion of this tournament, winning by four strokes last year. His missed cut last week was his first in 16 tournaments. The last time Spieth missed a cut, he followed it up with a runner-up finish in his next outing. I think Spieth can bounce back in a similar fashion this weekend.

Brandt Snedeker has 33/1 odds this weekend and I like him as a slight longshot. Snedeker is a two-time winner of the Pebble Beach Pro-Am and also finished fourth last year, his best finish of all of 2017. While he hasn’t been playing very well since 2016, this course has been good for him. He had a top-25 finish last week in the Phoenix Open, so there is still some good golf in him. Snedeker just needs to dial it in this weekend on a course that he has a lot of history of success at.