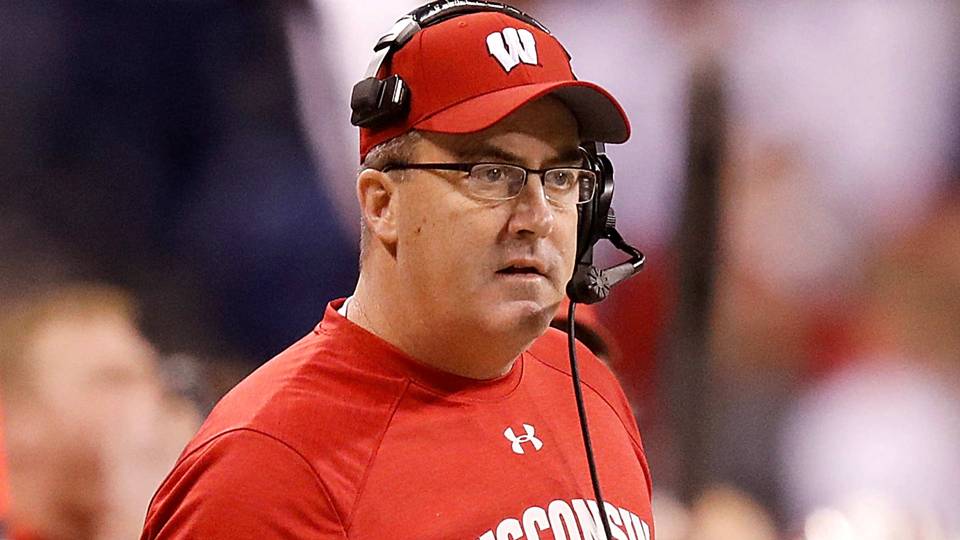 Will No. 8 Ohio State spoil the unbeaten season for No. 3 Wisconsin when the two meet tonight in the Big Ten Championship at 8PM ET? Here’s our College Football Predictions for this game.

According to oddsmakers at Bovada.lv, Ohio State is favored in this game, as the Buckeyes are getting odds of -6 points against Wisconsin. The over/under total for the contest has been set at 50.5 points. Ohio State has won five straight meetings with Wisconsin and the Buckeyes are 3-1-1 against the spread in those five games. The public is currently putting 70 percent of the wagers on Wisconsin for this game. Tonight’s game takes place from Lucas Oil Stadium in Indianapolis, Indiana and will air live on FOX.

Ohio State went 10-2 during the regular season and 8-1 in the Big Ten. The Buckeyes are just 5-7 against the spread, failing to cover in four of their last five games. Ohio State is putting up 43.8 points per game on offense to go along with 529.8 yards per game. Quarterback J.T. Barrett left last week’s game with a knee injury, but is expected to play today. He has thrown for 2,728 yards and 33 touchdowns this season with seven interceptions while also rushing for 672 yards and nine scores. J.K. Dobbins is the leading rusher with 1,190 yards and seven touchdowns. Mike Weber has also added 602 rushing yards and 10 scores. Defensively, Ohio State is holding opponents to 19.8 points and 291.8 yards per game.

Wisconsin had a perfect 12-0 record this season, including a 9-0 mark in the Big Ten. The Badgers are 8-4 against the spread, covering in their last four games as well. The Badgers have been led by their defense, as they are allowing 12 points and 236.9 yards per game. Wisconsin’s run defense is holding opponents to 80.5 yards per game. Offensively, Wisconsin is averaging 34.8 points and 426 yards per game. Jonathan Taylor is leading the offense with 1,806 rushing yards and 13 touchdowns. Taylor is averaging 7 yards per carry. Alex Hornibrook has thrown for 2,157 yards and 21 touchdowns with 13 interceptions. Leading receiver Quintez Cephus is out for the season with a leg injury. He had 30 catches for 501 yards and six touchdowns.

Will Wisconsin hold up and stay unbeaten, or are they set to face their toughest test yet in Ohio State and get exposed? The Badgers have a solid defense that could contend with the Ohio State offense. I don’t think Wisconsin is going to shut down the Buckeyes. Ohio State’s defense hasn’t been as lock down as usual this year, so Wisconsin could find some success running behind Taylor. I think Wisconsin should be up for the fight today, but I expect this game to be won with offense, not defense. Ohio State has the better offense and I don’t see Wisconsin being able to keep pace throughout the game.