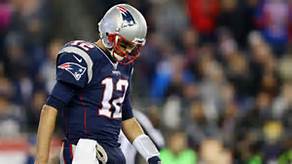 Are the Patriots still the clear favorites to win the AFC Conference championship in 2017-18?

According to oddsmakers, the Patriots have 2/1 odds to repeat as AFC champions this upcoming season. New England is coming off yet another Super Bowl victory and had a busy offseason. In free agency, the team added cornerback Stephon Gilmore and running backs Mike Gillislee and Rex Burkhead. The Patriots also traded for receiver Brandin Cooks and defensive end Kony Ealy.

The Steelers have the next-best odds to represent the AFC in the Super Bowl at 27/4. Pittsburgh returns its offensive nucleus of quarterback Ben Roethlisberger, running back Le’Veon Bell, and receiver Antonio Brown. The team also added JuJu Smith-Schuster, James Conner and TJ Watt in the draft.

The Rest of the Field

The Raiders have 8/1 odds, although those odds will improve the closer quarterback Derek Carr gets to returning from a knee injury suffered at the end of last season. The Texans, meanwhile, are 17/2 to win the AFC conference championship next season.

Not surprisingly, the Browns have the longest odds to win the AFC crown next season at 150/1. Cleveland’s draft was roundly praised but the team still has a long way to go in efforts to be a legit contender. The additions of rookies Myles Garrett, tight end David Njoku, quarterback DeShone Kizer, and linebacker/safety Jabrill Peppers will help.